Hey, Girl, is That Guerrilla Art? The Fearless Girl, the Charging Bull, and the Public Square

In March 2017, the statue “Fearless Girl” by Kristen Visbal, became famous after being left in the middle of the night to stand in an apparent face off with the statue “Charging Bull” in NYC’s financial district. (© Charging Bull, Arturo Di Modica, 1989) The piece, and its relation to the bull, was interpreted as a kind of act of defiance, an anti-establishment piece of art of and for the people, etc.

Many people went nutty for the statue.

“People young and old are flocking to see her including a group of school children who stopped by. “I wanted to see the new statue of the girl because I feel like it’s really a symbol of power,” said one student. Another said, “It’s kinda cool that they’ve actually put a girl standing up to the bull there.” And the bronze statue has become an instant internet sensation.”

Politicians, especially, seemed to take to the artwork. New York’s Mayor, Bill De Blasio visited the statue as soon as she appeared:

And it became as rallying point for those who wished to capitalize on its implied meanings.

This statue has touched hearts across the world, with its symbolic depiction of the resiliency of women,” Carolyn Maloney proclaimed.

Meanwhile, others were not so keen on the piece. Many objected to the obvious anti-feminist image of a pro-woman message in girl form. And, in May 2017, NYC artist Alex Gardega* installed another piece of art: a “pissing pug,” a small statue lifting its leg on the “Fearless Girl.” 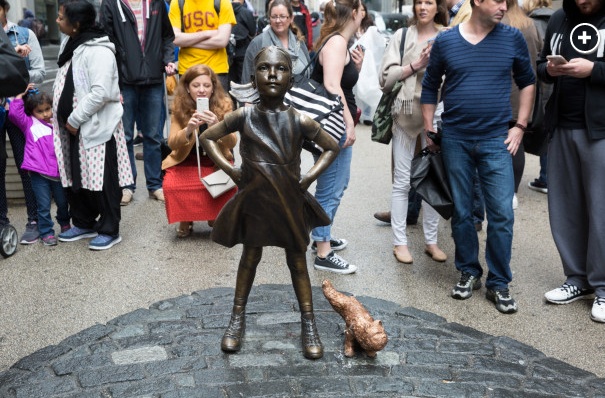 “It has nothing to do with feminism,” Gardega said in response to his piece’s interpretation as being  anti-woman (or girl?) He explained that his piece came as a response to the way that the “Fearless Girl” “disrespected” “the artist that made the bull. . . That bull had integrity,” he said in a NY Post interview. He explained that he “decided to build this dog and make it crappy to downgrade the statue, exactly how the girl is a downgrade on the bull,” said Gardega.

“That is not a symbol! That’s an advertising trick,” Arturo Di Modica said in an interview after “Fearless Girl” appeared. Di Modica is the sculptor of the “Charging Bull.”

Di Modica was absolutely correct. The reality behind the piece could not have been further from the truth reported by the mainstream media. “Fearless Girl” was actually a carefully coordinated product of the power structure itself. It was commissioned by State Street, a global financial services firm, in partnership with a global marketing company (Mcann).

According to Mcann: “In honor of International Women’s Day 2017, we partnered with State Street Global Advisors to introduce the Fearless Girl to the world — a statue of a daring young girl, standing strong on Wall Street. Why? Because companies with women in leadership perform better. ”

Girlish? (Um…. hey, girl, just a thought, but why not commission a depiction of a woman to honor women? )

Not only was the company behind “Fearless Girl” a pro-corporate powerhouse, it was, according to a lawsuit, institutionally anti-woman. In October 2017, State Street settled a lawsuit by paying $5 million, “mostly to settle claims that it discriminated against 305 top female employees by paying them less than men in the same positions,” as the NYT reported.

Ironically, the statue that “Fearless Girl” faces, “Charging Bull,” was in fact created as true “street art” or guerilla art.

The artist, Arturo Di Modica, created the 3.5-ton sculpture over the course of two years in his SoHo Studio. The idea came to him after the 1987 stock market crash. The Italian born artist wanted to create an image that captured what he saw as the strength and vitality of his adopted country.

On the wee hours of December 15, 1989, he and some friends surreptitiously installed “Charging Bull” according to a carefully crafted plan to avoid being caught. They deposited the statue (using a truck and forklift) in front of the New York Stock Exchange. And since a huge Christmas tree had been erected by the city on the site, Di Modica left the bull as a “Christmas present,” he later explained. He had no permission whatsoever to install his piece of public art.

The bull caused a sensation. The next day, Di Modica claimed it and posed proudly in front of it, explaining his motivation. He declared that the piece was his “gift to the city.”

People flocked to see it.

By the end of the day, they wondered where it had gone. It had been removed by a private company (reportedly because the city officials and Wall Street power brokers did not enjoy it.)

Soon, however, the NY Parks Commissioner, with the backing of Mayor Ed Koch, decided that they were, in fact, bullish on Di Modica’s piece. It was installed on Broadway Street, near Bowling Green.

Flash forward to 2017: Di Modica objected to the alteration of the meaning of his piece implied by the presence of “Fearless Girl.” So upset that he considered suing for trademark and copyright infringement of his work. (See more.)

Di Modica may have a point, to be sure. Objects and ideas are given new meanings according to  new relationships.

“[I]n the graffiti world, tagging close to or in conversation with a masterwork is a sign of disrespect and an audacious declaration of war – as well as a cheap attention-grabbing ploy. Even the boldest museum curators do not place confrontational objects before masterpieces.”

But in fact, in the aftermath of yet another financial crisis (2007-2008), “Charging Bull” had already been adopted into a new set of relationships and new meanings. In 2011, it appeared in an image that launched a new movement (or at least coalesced existing movements): #Occupy Wall Street (and the #occupy movement it spurred).

What followed was the appearance of the image of “Charging Bull” in a series of collages, cartoons, memes, and hashtag-connected ideas, along with all the other forms of imagery that populate and punctuate the virtual public square in order to make (and re-make) meaning.

And of course, as the image of the bull multiplied, people also moved into the streets-physically-to occupy space in the real world.

In April 2018, after a little more than a year into the “stand off,” “Fearless Girl” is being moved. NYC officials cited concern with the potential for terrorism on the city streets: the statue is drawing too much of a crowd and is becoming a “safety hazard.” Officials would also like to move “Charging Bull,” arguing that it too draws large crowds.

In many ways the “public square” expanded on to the internet a long time ago. That’s a place where symbols morph and meme; images can exist to find new relationships, face contradictions or challenges, and space is endlessly claimed and reclaimed, created and re-created.

Even long after the #occupy movement dispersed, the (physical) public square continues to be a contested site. As its meanings are policed by officials, and as artists and corporations vie for a place to take a stand, the square proves to be occupied still.

*In a sad postscript: the artist Alex Gardega died in October 2017 after being struck by a subway train. 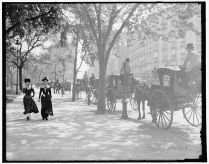 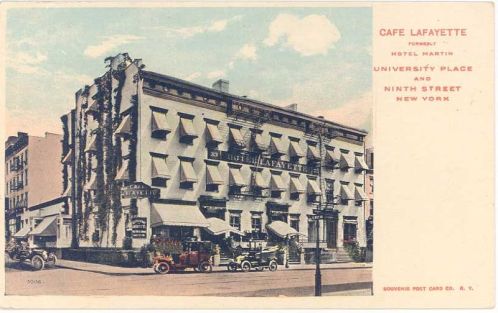 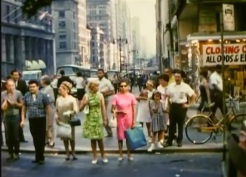 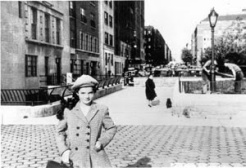 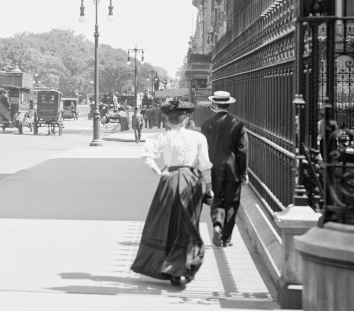 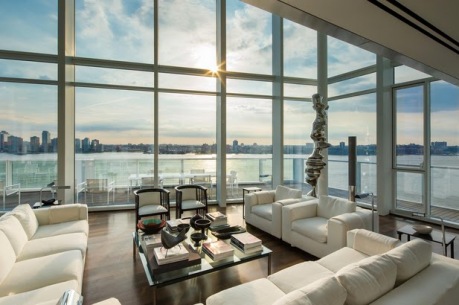 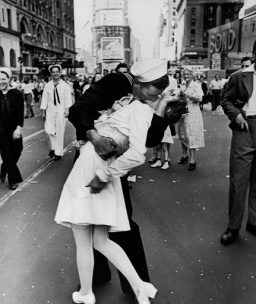 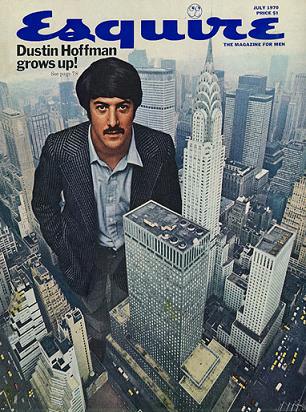 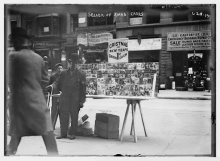 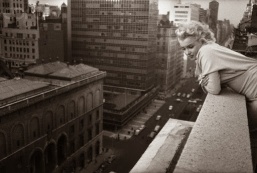 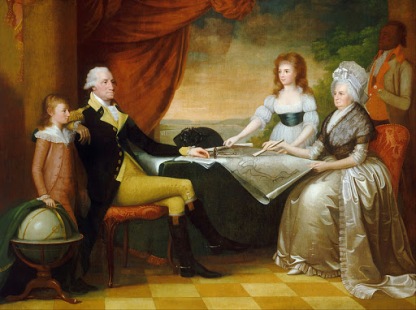 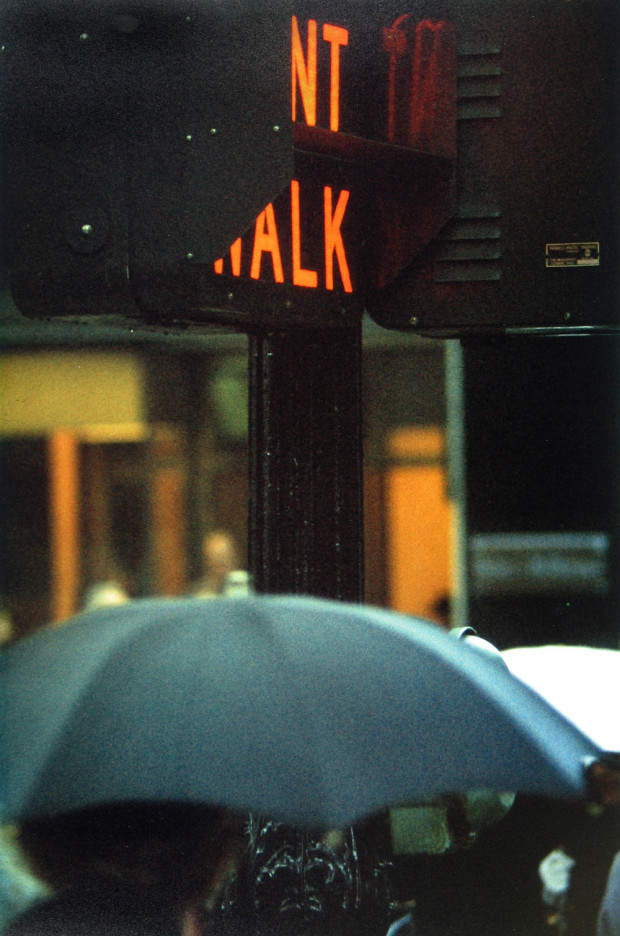 Leiter Image
Follow The American Past: NYC in Focus on WordPress.com