In 1908 and 1909, Cosmopolitan Magazine published a series titled, “Owners of America,” profiling some of the country’s wealthiest men. (The magazine modestly touted the series as “one of the most interesting that has ever appeared in an American magazine.”)

Accompanying the article were images of the Manhattan homes of the “owners.”

Morgan, Rockefeller, Carnegie, and Schwab were among the individuals profiled in the series. These were the titans of the age; men of wealth, power, and influence. While there was a small degree of praise woven throughout the biographies of these men, there was a significant amount of revolutionary rhetoric that accompanied the profiles. Their wealth was linked to their ideologies; yes, they were philanthropists, and many were “self-made.” But they were also exercising a level of power on the economy and on people’s lives that was not only unprecedented in the modern democracy, but it was also without control.

But they were, after all, the “owners” of America.

He may not take physical life, but he may take dollar life—he may not take the house, but he may take away the prop that doth sustain the house. Every man and woman and child between the oceans is serf to Mr. Carnegie, and directly or indirectly must render him tribute. To what end? That he may drink deep and ever deeper of the money-goblet. Does it do him good? No. Does it do us harm? Yes. Is there no remedy, no power of cure? Remedy? There are half a dozen remedies. We pass laws against the man who carries a pistol. Yet far more deadly, as a weapon of offense against the citizen, is the concealed bank-book of a multimillionaire.

“One mark of strategy is common to all, ” Lewis wrote, “they are each sufficiently military ever to fortify the high ground—with a bank. The bank’s the thing; by their banks ye shall know them.”

And by their mansions ye shall also know them.

Indeed, what good was the amassing of great wealth if one did not display it for all to see?

Accompanying the profiles was the evidence of great wealth: images of the titans’ property, from churches and country estates, to yachts and even prize dogs. But most striking were the images of the stately and massive mansions on the streets of Manhattan that were built, owned, and occupied by the titans.

While the images are intended to impress the viewer by conveying the power embodied in these mammoth and severe structures, they also tell another (revolutionary?) story.

The portraits display “homes” that are only structures. Seemingly devoid of life, they sit silently, even ominously, in a city that appears, according to the images, to enjoy little or no action on its streets or sidewalks.

People and life have been erased from the boundaries of these strutcures. And it is only the structures themselves that seem to offer themselves up to the viewer, suggesting that only they should be seen.

These impenetrable fortresses are public statements. “Our owners are wealthy and powerful,” they proclaim without shame to the public.

But, with curtains closed, the structures also maintain a silence: and it is in that silence that they claim a certain kind of privacy.

Pedestrians may be forced to look at us, they suggest, but our interiors will remain locked, private, hidden from view. What lies within is anything but public. 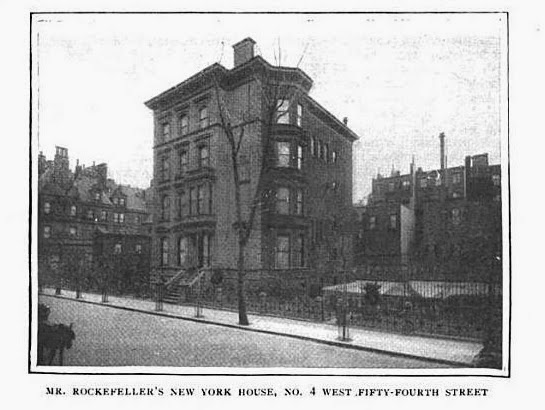 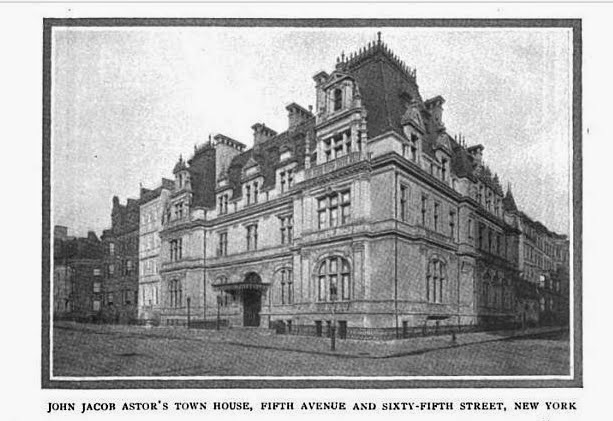 Thus, the buildings are like bank vaults themselves, containing the life of wealth, but never revealing its secret.

The buildings are there to impose upon the city a sense of “ownership” itself.

The streets of New York, so full of life, so crowded by its inhabitants and visitors, seem to be the ultimate of public spaces.

But remember, these images seem to suggest, the city itself is really not entirely public.

It is a place for private property to exist and to enclose and police the public square. Out of those windows, the titans gaze.

“There is a smugness and complacent security to come with vast wealth, particularly when—with the health and the youth to tasteit in its highest flavor—its arrival is so early as to permit of contrast with, a poverty that preceded it. Thus secure and smug the lucky rich one looks out upon the world with a bland, ingenuous aplomb, and in a spirit of amiable patronage is moved betimes to tutor humanity and teach it the way it should go. Having himself succeeded, your rich man will turn guide and show others the path to success. Attend ye, therefore, to the young words of Mr. Schwab. Not that they are like to leave you planet-struck by their deep originality: mankind has been swamped by floods of similar twaddle one thousand times one thousand.”
Alfred Henry Lewis, “Charles M. Schwab.” 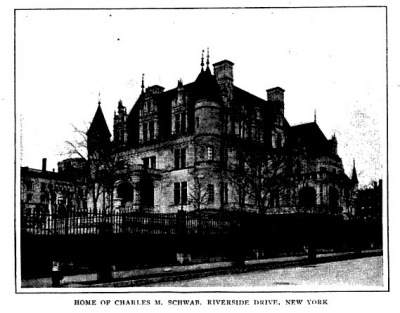 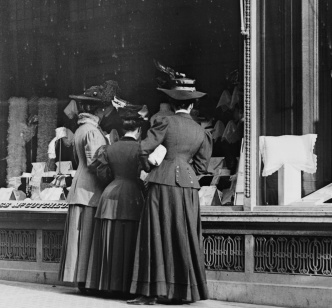 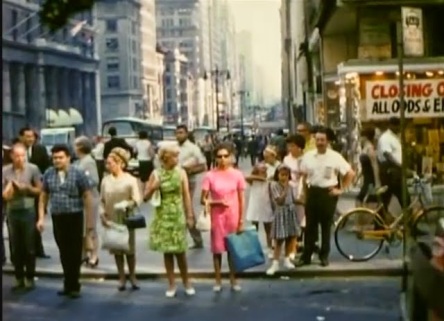 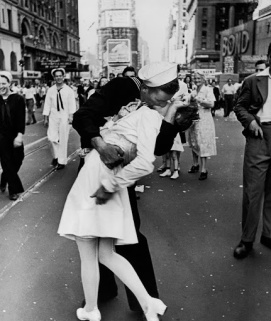 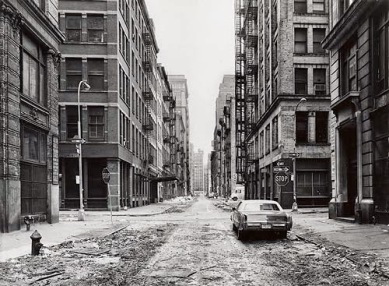 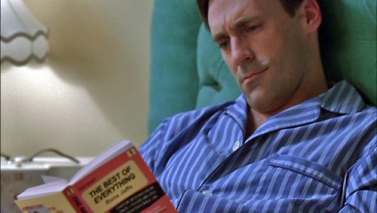 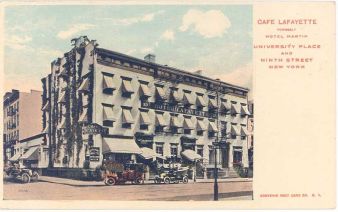 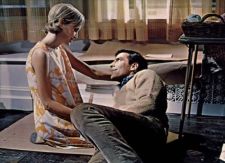 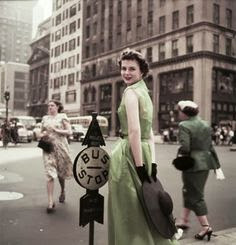 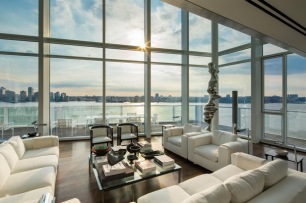 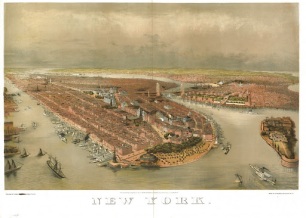 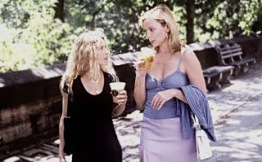 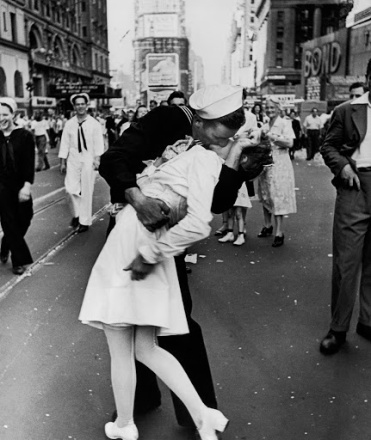 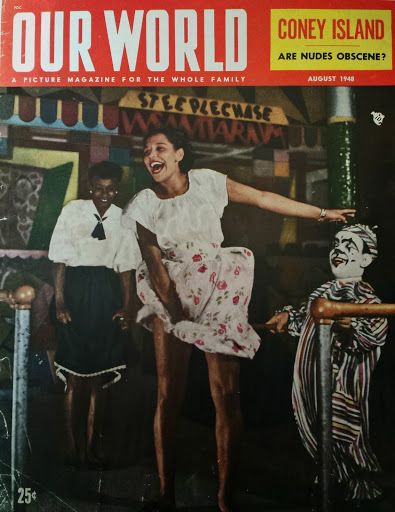 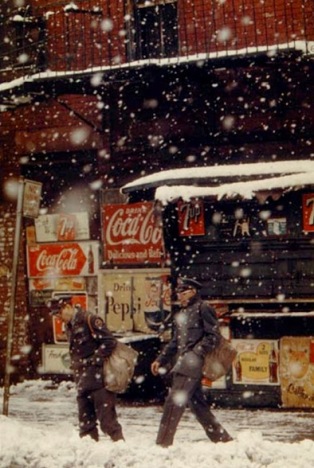 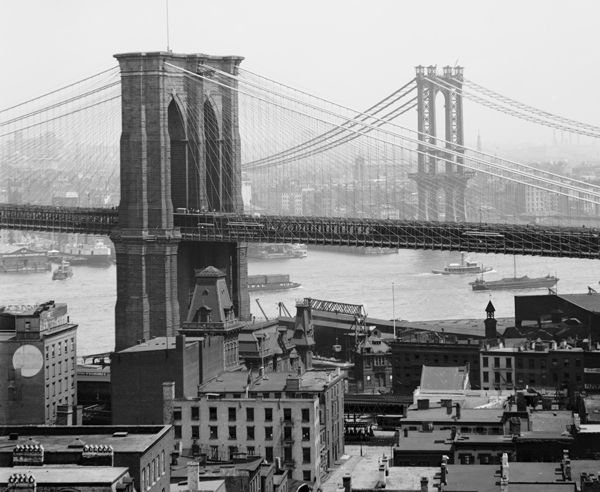